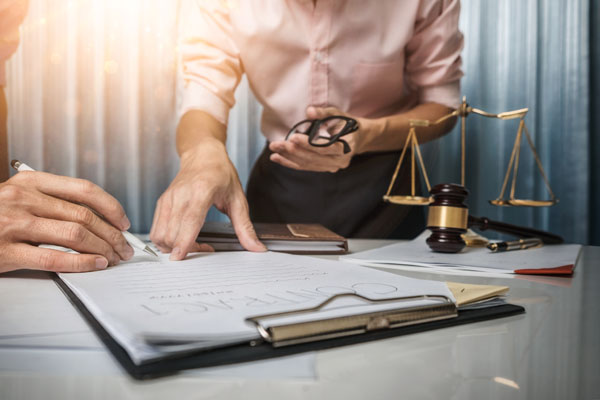 Some people that wish to immigrate to the U.s are denied access to the United States due to being deemed ”inadmissible”. The definition of inadmissibility states that the applicant will not be granted physical admission to the U.S if they’re in another country, or, if they’re in the U.S, that they must become a legal permanent resident.

A criminal history of any kind in the individual’s country of origin can deem a person inadmissible to the United States. Due to the vast misuse of this ground of inadmissibility, it is recommended to seek an attorney for help sooner than later with this particular issue.

Having a communicable disease that can endanger public health, and fail to present vaccination records against these diseases can make a person inadmissible to the U.S. Unfortunately, this ground has been extended and used to make people with drug and alcohol problems inadmissible to the U.S as well. This ground of inadmissibility is often abused, and it’s recommended that those that wish to be admitted to the U.S seek help from an attorney with this issue.

A person can be inadmissible due to economic reasons, with worries that they are maybe “likely to become a public charge.” Meaning that the person that wishes to come to the United States may apply for welfare, food stamps, or Medicaid if they are admitted to the United States.

A person can be deemed inadmissible due to moral grounds. This an example of this is a person who comes to the U.S planning to practice polygamy and being denied access to the country.

Presenting and submitting a waiver of inadmissibility depends on the reason you’ve been denied access, and deemed inadmissible in the first place, and as you now know, there’s a number of ways that this can occur. In the event that a person is charged with being inadmissible, then the foreign consulate or embassy will evaluate the individual and their grounds of inadmissibility. If this occurs, the individual will have to submit a waiver to the U.S Citizenship and Immigration Services, also known as the USCIS. The individual will then be jointly inspected by the USCIS as well as the national visa center in the consulate or embassy in the individual’s country of origin. This process is fairly unpredictable, as the individual will not be dealing with courts and judges, but instead, various immigration-related administrative agencies (if eligible).

Another way to challenge an inadmissibility ruling is in front of an immigration court. Depending on the grounds of the inadmissibility charge, the individual may be denied access to the country while in court. Depending on the grounds, a defense must be established to represent the person who’s been charged in court. Those with legal immigration status will be reevaluated for admissibility every time they re-enter the country after going abroad. For example: if a person who is a lawful U.S resident commits a crime, and then leaves the country, they may be deemed inadmissible upon their return.

For help with your Nashville, TN based inadmissibility case, contact Chris Colavecchio for the best service in the city.