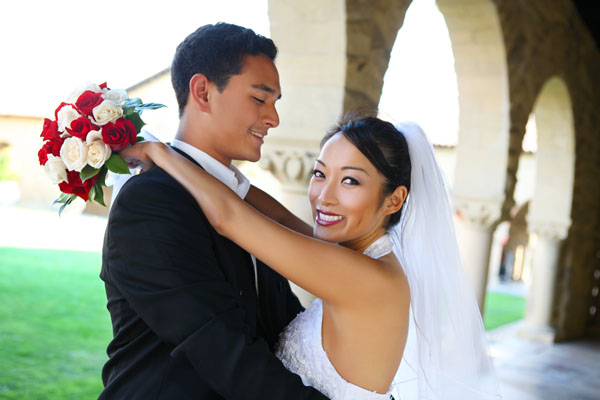 Citing the basis of marriage to apply for lawful permanent residence, also known as a green card, is a fairly simple and straightforward process that’s commonly used as a path to a green card.

Although this process is commonly used, there is still a lot to know about this process. This is especially true for those that believe that being married to a U.S citizen offers automatic U.S citizenship. Truth be told, applicants that are using marriage to acquire a visa still have a long application process – proving that their marriage is real and valid – before they will receive their U.S citizenship. It’s possible to enter the U.S before getting married on something known as a fiance visa. Keep in mind that an immigration attorney like Chris Colavecchio can aid anybody that wishes to get a marriage based visa through the process. Here’s everything you need to know about using marriage to apply for a U.S citizenship.

The Specifics Of Applying For A Marriage-Based Visa

That the person applying for citizenship and the U.S citizen are actually and legally married

That the marriage is authentic, and not just being done for the purpose of acquiring a green card

Proof of citizenship or lawful permanent resident status of the U.S citizen spouse

Those that wish to qualify for a marriage-based green card must, of course, be legally married. For a marriage to be legal, it must be recognized by the government in the state or country that the couple in question was married. In most cases, this calls for an official record or document stating that the marriage has occurred. This record or document can be obtained from some sort of government office, depending on the country that the couple was married in. Unfortunately for some, this is the reason that domestic partnerships – which are relationships that are not formally recognized by the government – are usually ignored as a factor for immigration.

A marriage does not have to occur in the United States for it to be considered legal. If the couple is married in the home country of the non-citizen spouse, or some other destination, it’s accepted by the U.S government as legal. Whether it was a church wedding or a tribal practice, as long as it is recognized in the non-citizen spouses home country, it will be recognized by the United States as legal.

An authentic marriage, also known as bona fide marriage in legal terms, is one in which the individuals in question fully intend to establish a life together as husband and wife. While this can mean different things to different people, there is one thing that U.S government makes clear: the marriage can not have started simply for the purpose of receiving citizenship for one of the spouses. This type of marriage is commonly called a sham, or fraudulent marriage, and discovering if the marriage is one of this kind is one of the primary priorities of the United States Citizenship and Immigration Services (USCIS).

One Of The Spouses Is A U.S Citizen

U.S citizens have different types of documentation that prove their status as a citizen – things like birth certificates, passports, or any other certificate of citizenship. Any of these can be presented as proof of citizenship for the U.S citizen spouse that is attempting to gain permanent residency for their significant other.

This Must Be The Only Marriage For Both Spouses

Those that want to become a legal permanent resident through marriage that was previously married must have ended that first marriage through legal means – death, annulment, or divorce. Furthermore, the spouse who has been married previously must have proof of the ending of that marriage. Having no proof of the ending of the previous marriage may lead the USCIS to think that the initial marriage is still ongoing, while the new one is a sham used just to gain residency for one of the spouses.

To receive legal counsel or aid in receiving a marriage based visa in Nashville, TN, reach out to Chris Colavecchio to learn about your options and what’s best for you, your family, and your future.