Have you been charged with a DUI or similar crime in Tennessee? You owe it to yourself to secure the services of a reliable, compassionate Nashville DUI legal team – one that will treat you like more than just a number. Colavecchio & Colavecchio will have your back throughout the entire process. With such serious allegations, you can’t afford not to hire the best lawyer available: our firm has been achieving real results for our clients for more than twenty years.

Tennessee law cracks down hard on DUI charges. Penalties differ depending upon how many DUI convictions, if any, you’ve had before. In Tennessee, “before” legally constitutes the last ten years prior to the alleged incident for which you are being charged. This is known as the “lookback period,” and Tennessee’s is one of the longest in the United States.

Click here to learn about Tennessee’s Implied Consent Law. You can still be charged, subjected to a fine, and face a suspended license, even if you decline to take a sobriety test.
With Colavecchio & Colavecchio, you’ll have the services of a family-owned law firm, including a DUI attorney with a specialization in criminal defense. Attorney Michael Colavecchio was educated in Tennessee, with a Bachelor’s from the University of Tennessee-Knoxville and a Juris Doctor from the Nashville School of Law. Attorney Christopher Colavecchio is himself a native of Nashville. Together, they offer decades of experience with many aspects of Tennessee state law. 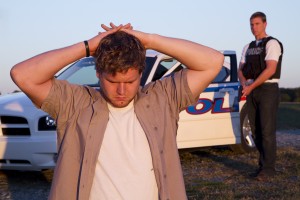 Defending Against a DUI in Nashville, TN

There are a variety of defenses against a DUI charge, which an experienced DUI attorney can assist you in navigating. With the police across the country making any one of hundreds of possible errors on a regular basis, these are likely to be critical to the mounting of your defense.

Call Colavecchio & Colavecchio today. Speak with a member of our legal team, and get the ball rolling on your defense. Every hour you delay after a DUI charge works in favor of the prosecution; they’ll want you to account for each and every delay in court. We know what you’re going through; call us today at 615-242-3333, or contact us directly through this website. Someone will get back to you, as soon as possible, to get you set up for your consultation.